REST IN HEAVEN TO THE BEAUTIFUL KIM PORTER….SHE WAS CLEARLY MORE THAN JUST DIDDYS EX-GIRLFRIEND. KIM SURPRISINGLY PASSED AWAY TODAY (THURSDAY NOV 15, 2018) FOUND IN HER CALOFORNIA HOME, DRUGS WERE NOT A FACTOR ACCORDING TO REPORTS. HOLLYWOOD AND THE WORLD IS MOURNING SUCH A TRAGIC LOSS TODAY & FOREVER. THOUGHTS & PRAYERS TO HER FAMILY (CHILDREN, DIDDY) and Friends. #RIH #KIMPorter 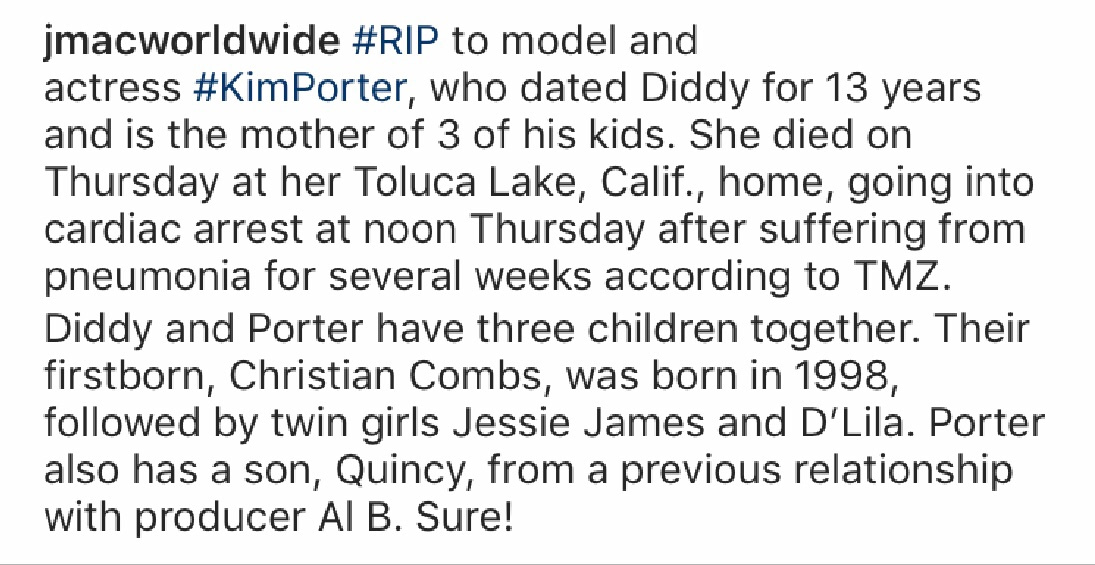 The outpouring on Social Media (primarily Instagram) has been a consistent sad, somber yet heartwarming and nothing but love for the beautiful Kim Porter. May She rest in heaven eternally, as you can see how much love she gave to so many, you can also feel how much love and respect the community, culture, friends, family and fans have for the former Model/Actress, Mother, Girlfriend, Best-friend and so on, RIP #KimPorter 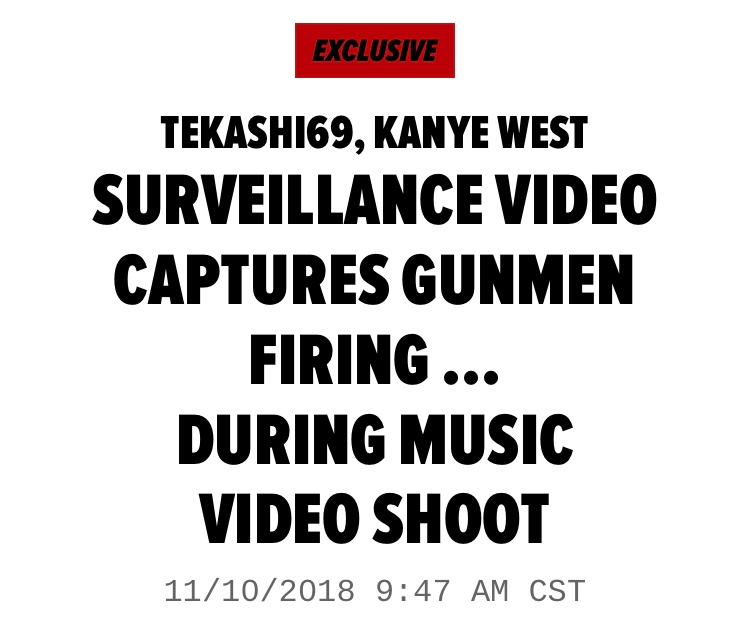 ”This surveillance video, obtained by TMZ (THE SOURCE) is located on their site, it captures in graphic detail the Footage of the gunmen shooting at the home where Tekashi69 and Kanye West were about to film a music video.

You see 2 cars pull up to the Beverly Hills home Thursday night at around 10:30 PM. Two men get out — it appears one from each car — and both are wearing hoodies.

They look for a few seconds for their target and then fire a barrage of shots over the wall. Both appear to be men … you hear male voices. One appears to say “We got 30 seconds” and the other responds “ok” just before they begin firing.

They scramble back inside their respective cars. One car — a light-colored sedan — speeds off. It looks like the second car backs up and presumably makes a u-turn.

What’s especially ominous … the gunmen try to get onto the property through a gate, but it appears to be locked so they fire over the wall from the outside perimeter. 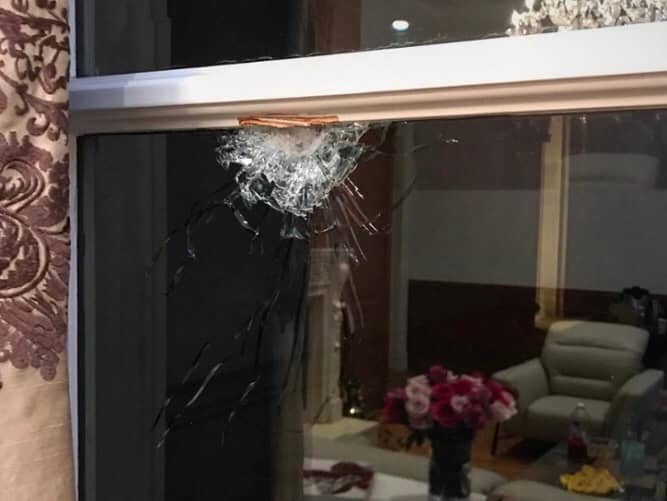 As reported, at least one bullet went through a window in the home and one landed in what was supposed to be Nicki Minaj‘s dressing room. She hadn’t arrived at the time of the shooting.

Cops are on the hunt for the shooters. ”