THE OFFICIAL RECAP ON: YE’s MOST ANTICIPATED-RELEASE “DONDA” 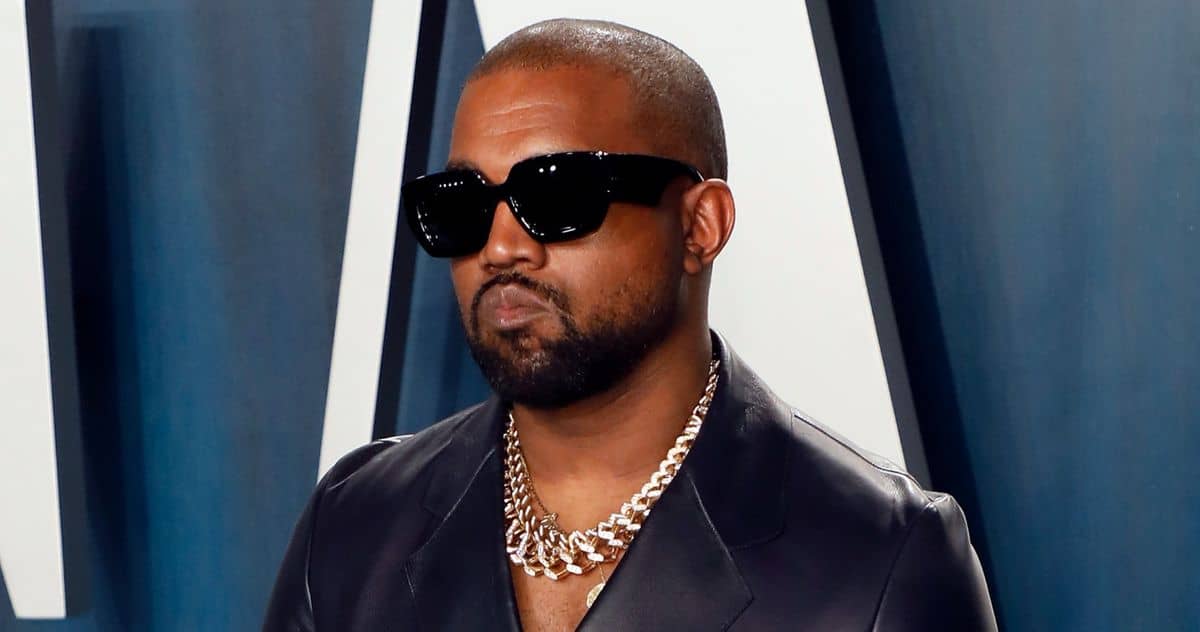 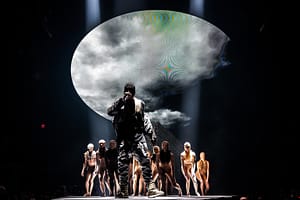 Soooooo, yea Ye’s new or recently anticipated album Donda, opens with an extensive chant of his late mother’s name, which gives way to an exuberant, drumless track with lyrics about being arrested and taken to jail. Taken together, this first three-and-a-half minute stretch of Donda is the kind of tonally complex, musically adventurous suite that made West one of the most adored artists of this century. It also baits the listener to step outside of the text itself. West remains one of the world’s most famous musicians, though his music, per se, has not really driven this fame for at least five years. It is not lost on him that his public behavior — his meetings with Donald Trump, his comments in tabloid and radio interviews, his divorce — has alienated large swaths of his audience at the same time that it has kept him relevant.

“FAVORITE TRACKS ON DONDA, CURRENTLY AS OF NOW, ARE AS FOLLOWS”

(And In That Order Below)

In the past, West has copped to making records as apology albums. He has referred more than once to My Beautiful Dark Twisted Fantasy, his overstuffed opus from 2010, as a mea culpa for the interruption of Taylor Swift’s acceptance speech at the VMAs the year before. (That apology tour worked: Dark Fantasy made him a demigod to many critics.) This is not that. Donda, West’s 10th album, argues not that the artist can be redeemed by God or his ancestors, but that his life’s project has always been about growing closer to them: that every trip to Sway or to the TMZ offices has been a step toward heaven, a stripping away of whatever is dishonest or artificial in his life. While this argument is almost never persuasive in absolute terms (though one spoken interlude from a guest makes a compelling case), Donda is more considered and musically coherent than anything West has made in the past half-decade, and perhaps longer.

West’s albums, especially in the latter part of his career, are sort of like Dr. Dre’s in that the headlining rapper-producer is often not the one who wrote the raps or made the beats, at least in their original form. The voice comes from editing, refinement, reimagination. But Dre is infamous for his grueling, marathon studio sessions with collaborators, which have increasingly yielded songs that stamp out tics and idiosyncrasies — songs that are technically precise but roboticized to the point of sterility. The Compton native works meticulously, in geological time; the overwhelming majority of these songs never reach listeners’ ears. By contrast, West’s records seem to come together in mad dashes toward self-imposed deadlines, the seams showing and kinks being ironed out even after they’ve hit streaming services.

This makes the hand of the author, which is erased, or at least abstracted in Dre’s music, unavoidable in West’s. It also has the potential to coax surprising things out of his collaborators. But for every instance like his 2013 masterpiece, Yeezus, where most of the vocals were recorded at the 11th hour and nearly every guest spot is a revelation, there is an album like 2018’s Ye, so sloppy and unformed as to be insulting. Donda, which was preceded by three live listening events — none of which featured a finished version of the album, if we can call the version we have now “finished” — is marked in many places by haphazard execution that is only occasionally affecting. At its worst, this means the album is stopped dead by room-clearing vocals. These come often from West, but also from those who are unaccustomed to the process: The excellent, aforementioned opening run ends abruptly with one of the worst Jay-Z verses that has ever been released. 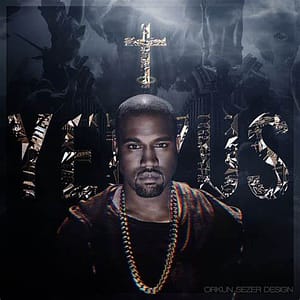 That turn from Jay, on “Jail,” is atrociously written (“Made in the image of God — that’s a selfie”) but is worse for its delivery. It sounds like a rehearsal take from someone who knows he’s written C-grade material. Donda is at its worst when West is caught in a formal no-man’s land between the refined and the truly off-the-cuff. The album is dotted with sly little harmonies and growled raps that recall, though seldom reach, the visceral heights of those on Yeezus; it also frequently suffers from flat or rushed vocals that sound neither spontaneous nor well-conceived. Last year, West executive-produced Playboi Carti’s Whole Lotta Red, one of the most inventive (and immediately influential) rap albums in recent memory. Donda occasionally gestures toward the truly shapeless writing on that LP but stops short of sounding as if West is truly articulating his id.

The most obvious way Donda differs from West’s recent work is in its scope. Instead of Ye’s seven-song, 23-minute confines, the new LP sprawls — for 27 songs and nearly 110 minutes. This is actually a welcome change, which casts many of the songs as exploratory or tangential, rather than unfinished pieces of what aims to be airtight. It also makes room for moments of entrancement, like the three-minute instrumental end to “God Breathed.” (One remembers Lou Reed gushing over similar breaks in Yeezus, which he wrote go on “five times as long as [they] should.”) West’s choice to put such a drawn-out meditation so early on an album is shrewd: It outlines the spiritual depth Donda aspires to, suggests a world that is ever expanding.

A smart sonic focus keeps the album from unspooling. West and his co-producers are essentially working with two palettes: one that is digital, almost confrontationally synthetic, and another dominated by organs and choral vocals, that is in debt to the church. Donda moves generally from the former to the latter, but its most interesting moments are collisions between the two, like the moment on the pleading “Hurricane,” when a choir is triggered and then cut off as if from a sampler. In fact, when they appear throughout the album, these choirs have their voices processed in ways that are slightly alien, as if they and Fivio Foreign are similar instruments at West’s disposal — which, of course, they are.

And yet underlining the airier parts of Donda is a sincere darkness. To return to the opening number, “Jail” sounds like pure catharsis, but centers on a traffic stop; for all his glib-to-asinine political statements over the years, West has always been clear-eyed about the threat police pose. A similar vocal processing to the one used on the choirs makes the late Pop Smoke, whose vocals appear on “Tell the Vision,” sound like a foreboding voice from the beyond. And when West sings, on “Come to Life,” about the emotional fallout from his divorce, it makes you want to send a concerned party to his mansion:

This might make Donda’s songwriting sound more coherent, in the macro or micro, than it actually is. But on the radically superior second half, its fractured nature occasionally pays off with something spectacular. West’s verse on “Jesus Lord” lurches from his thoughts of suicide to elegiac words for his mother, to a parabolic story of a murdered boy and his grieving mother. It takes little imagination to see, in that vignette, the mother’s self-medication as a reflection of the prescription drugs West has rapped about going on, then off of. “Still doing drugs ’cause that’s the only time she feel loved,” he raps. “Is it real love? Do the scars really heal up?” It’s also on that latter portion of Donda that West makes best use of his collaborators. His “Jesus Lord” verse is followed by a magnificent one from Jay Electronica; he sidles up to the irreverent Griselda rappers Westside Gunn and Conway on “Keep My Spirit Alive”; he smartly cedes most of “Pure Souls” to the Compton rapper Roddy Ricch, whose hook on that song (“The truth is only what you get away with, huh?”) is the most incisive on the album. Most of the ideas Donda puts forward about the world outside of West’s head are merely hinted at, or rendered in infuriating ways. (The notion of redemptive grace or defiance in the face of adversity or whatever is hard to take seriously when it includes an invitation to Marilyn Manson simply because he’s being sued by several women over allegations of sexual abuse.) But it is a non-musician who appears to deliver the album’s most compelling, most morally complicated moment. At the end of “Jesus Lord,” Larry Hoover Jr., son of the incarcerated Gangster Disciples founder, offers West a qualified thank-you for taking his father’s case to the Trump White House. “You might not have been the only one that could’ve did that,” he hesitates, “but you were the one that did do that.” 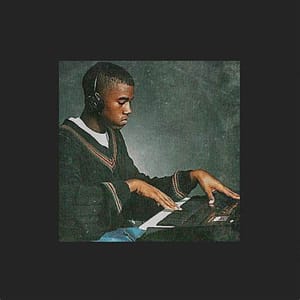 Aside from the much realer human cost — of the carceral state, of the GDs’ activities, of the economic system that produces both — the monologue simultaneously highlights two things. First, it is possible that West’s public performance of the past five years, misguided or actively harmful as it may have been, was animated by a real desire to alleviate human suffering. Second: It didn’t work. It seems unlikely, given the tone of “Jesus Lord” and the way it’s positioned in Donda’s tracklist, that it was intended as another mea culpa. But with loose enough strictures and a lax enough editing process, you never know what might be caught on tape.